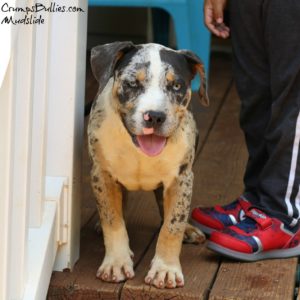 As a result of the violent flare-ups of the Pitbulls and the general negative press that the dogs have had over the past, it is a fact that if you are into the sale of pitbulls, you have noticed that selling them has become quite a task of its kind-challenging at least. Moreover, kennels and breeders are as well growing by the day and as such there seems to be an oversupply of the pitbulls puppies for sale in the market as compared to the demand. Not to mention the fact that there are a number of the dog owners who are disposing their pitbulls as well, and at rather low prices-worth a disposal for some pet so tired of breeding.

There are dedicated websites for the sale of pitbull puppies and it is through these websites that the dog owners will get to make sales for their dogs. If you are a buyer interested in the purchase of pitbulls, then you register on these websites and from there you will get updates from them from time to time. As well there are those who will get to advertise the sale of their pitbulls on the classifieds section of the local dailies and newspapers.

As you place your adverts for the sale of a pitbull, there are quite a number of things that you will need to consider having included. The specifications about the puppies need to be mentioned so as to get the buyers an idea of the intended characteristics about the pups. Mention all about their sizes, color, patches on their fur and nose and their eyes. You as well need to mention something about the temperament of the pitbull. Pitbulls are commonly known for having such characteristics such as people friendly, sociable, child friendly, and being quite aggressive. If you have one that has a special characteristic pedigree, then it will be important and advisable for you to have a mention of the pedigree and the lineage as well. Probably consider having pictures of the pitbulls where possible. Pitbulls for sale as well need to have their papers and this is something that you need to mention as well.