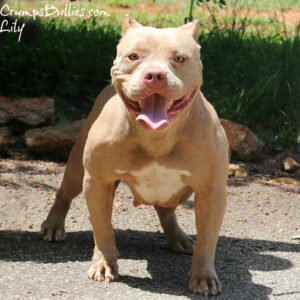 There is are certain type of extraordinary dogs known as Pitbull. Currently, Formal breeds often considered to be the pit bull type are the American pit bull Terrier, Staffordshire Terrier, American Bully, and Stafford shire Bull Terrier. In the beginning, many of these races were a crossbreed of bull-baiting dogs and terriers and were fighting dogs. Today, they are used as family companions despite the perception of fearing them.
The American pit bull terriers were used to hunt wild cattle, and as livestock drivers in the olden times. Currently, they are used as family pet companions and as police dogs because they are loyal in nature. The physiques of the American bull terrier is that it is a medium-sized dog with a short coat and well-defined structure, and it has small ears with round eyes. Learn more about pitbull bully breeders.
The American Staffordshire Terrier ancestors are from England. This pit bull breed has a muscular body and is stubborn.
Historically, Staffordshire bull terriers, participated in blood sports and dog fights. Currently, blood sports are illegal, and this has made the Staffordshire dog be used as family companion pets. These dogs are muscular and require firm control and training. Visit crumpsbullies.com.
Originally, these American Bulldogs were used in blood sports like bull baiting in England. These dogs are active and muscular.
The Bull terrier, performed poorly in blood sports fights but they are good guard dogs, herders, watchdogs, and pets. Bull terriers are now gentle dogs, and they can be white or colored.
Pit bulls become very loyal to their owners and need their owners to return the loyalty by spending more time with them.
Pit Bulls are hilarious and can drive you crazy with laughter because of the things they do. They enjoy poking fun with humans.
Pit Bulls are particularly obsessed with kids and love cuddling near them. You need not to be afraid when he gives kisses to your kid as this is his sweet nature.
Security will be enhanced at your home by Pit Bulls as they will pounce at any unusual thing. But you should be aware that Pit Bulls natural instincts are intended to protect rather than attack.
Pit Bulls have no problem hanging out with other pets like cats and rabbits.
Pit Bulls are energetic and athletic, and you, therefore, don’t require much of your time exercising them as they can run for hours.
It is easy to train pit bulls as they respond well to firm and fair instructions. Despite the fact that Pit bulls are intelligent and open minded you need to reward them when giving them commands.
Pit Bulls have a lifespan of approximately eleven years, and they have relatively few health problems. Although some may have inherited genetic health problems, they are not harsh and respond quite well.